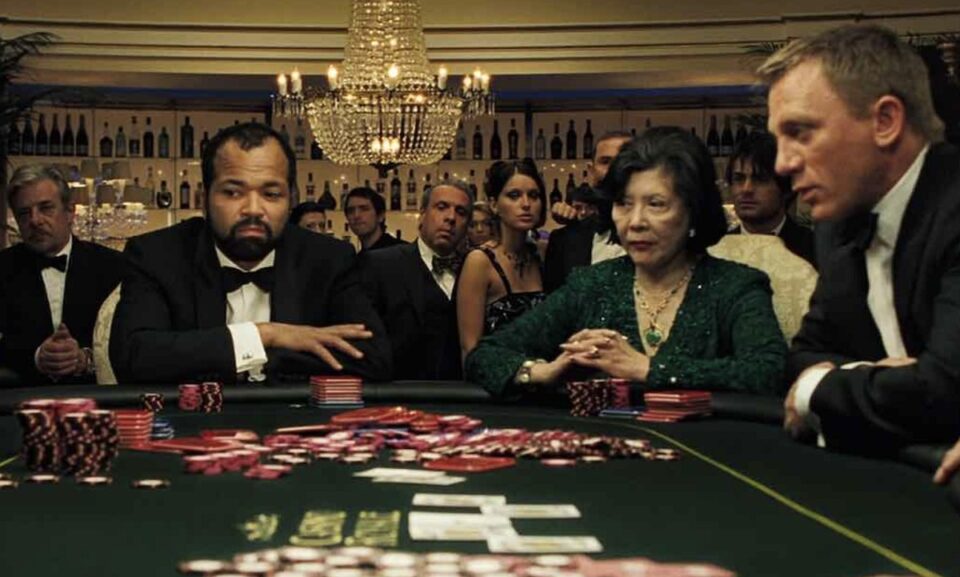 Watching gambling movies is remarkably exciting and tense for us as the stakes involved in casinos and bets are inherently high. Trying to read a gambler’s mind is yet another feature of gambling movies and thus, filmmakers choose the best actors who could act like a true gambler. Sometimes these movies feature underworld scenes and conflicts, while other times, they reflect purely mind games. Whatever the case is, we get entertained for sure. If you love gambling movies, read the below-listed names to experience the best gambling actions on screen.

This 1998 American drama fiction is all about underworld operations and high-stake poker games. The film was directed by John Dahl and stars Matt Damon and Edward Norton. The film plot is about two friends who seek to win high-stakes poker for paying off their huge debts. The movie name and the term “Rounder’ is used for the one who travels around the cities seeking high-stake card games. This movie went through mixed reviews and was moderately successful at the box office.

Directed by Todd Phillips and released in 2009, The Hangover is a famous movie with humor and gambling sequences. Although the movie does not only revolve around gambling, it has scenes from Las Vegas casinos. The first part of the movie was a great hit. As a result, its sequences were released in 2011 and 2013 respectively.

One of the most notable gambling movies and a superhit Casino Royale was released in 2006. The movie was directed by Martin Campbell and stars James Bond 007 aka Daniel Craig. In the movie, he tries to defeat Le Chiffre who is a well-known face of a terrorist organization. When Le Chiffre used high-stakes poker to raise money for terrorist activities, MI6 enlists Mr. Bond to beat home on the poker table. Not only our hero shows amazing bluff technique but also manages to break the terrorist organization.

Casino, as the name says is all about the casino world. Released in 1995 and directed by Martin Scorsese, the movie is based on nonfiction by Nicholas Pileggi’s Casino: Love and Honor in Las Vegas. The movie stars Sharon Stone, Joe Pesci and Robert de Niro. The storyline of the movie revolves around gambling in Las Vegas where many brutal and cruel things take place and get covered by glamour and ritz. If you seek to watch a movie full of action, power and deception, Casino is a must-watch.

One of the best Netflix movies which decode high-stake sports betting areas, Uncut Gems is directed by Adam Sandler. The storyline of the film is about the NBA players with former Boston Celtics and Brooklyn Nets. The fictional plays have been portrayed well where Garnet plays for the Celtics. The movie must be watched by every gambler worldwide as it teaches why you should never gamble more than you can afford to lose.

This film, known in some countries as “Stuey” and “High Roller,” was released just a few weeks before Chris Moneymaker won the 2003 World Series of Poker main event. It was released too soon to capitalize on the poker boom of the mid-2000s. This well-made biographical film depicts the life of Stu Ungar, the only three-time World Series of Poker champion, despite having a modest budget and being written and directed by a relative newcomer, A.W. Vidmar. The movie follows the fall of a bright, promising young guy who develops a drug addiction and uses his incredible poker abilities to pay for his gambling habits.

Aaron Sorkin is best known for her famous screenplays and write-ups for The West Wing, Moneyball and A Few Good Men. She directed Molly’s Game as a debut which is based on her memoirs about Molly Bloom’s underground poker club for high-stake rollers. The movie was released in 2017 and portrayed a female character in the male-dominated industry. You will enjoy the celebrity poker players actually taking part in Bloom-hosted games in New York and LA.

Cincinnati Kids is a 1965 American movie based on gambling, particularly poker scenes. The storyline is made for an era when the new casino machines were like fiction. Directed by Norman Jeison, the movie is about Eric ‘the kid’ who is a young depressed poker player who wants to establish a good reputation in the game. His quest led him to challenge Lancey, another older player who is considered as best in the game. The movie climax is great to watch which ends up with poker hands between the two. The movie script had been adapted from the novel of the same name written by Richard Jessup and stars Steve McQueen, Robinson and Joan Blondell.

Rain Man won four Oscars, including Best Picture, Actor, and Director. It was not intended to be a movie about gambling but rather a “road movie” with a significant portion set in Las Vegas. The 1988 film has come to be regarded as the ideal for the autistic character in the film. This partnership between Tom Cruise and Dustin Hoffman is another led example of how blackjack may be won, and it illustrates the unfavorable attitude Vegas casinos have always had toward card counters. It is amazing to watch Las Vegas and its casinos as they were more than three decades ago since every casino scene in the film is authentic.

One of the best gambling movies released in 1961, Hustler is historically, aesthetically and culturally significant. The movie is about a small-time pool hustler who travels to many places with his partner. He manages to earn a good amount through gambling. However, his attitude and big mouth led him to challenge legendary players. The movie was made in an era when online gambling was not famous and the world knew very less about the game. Without a single humor sequence, the movie managed to grab the audience’s attention mainly because of the sports gambling scenes.