Sierra Skye: The Woman With The “Impossible… 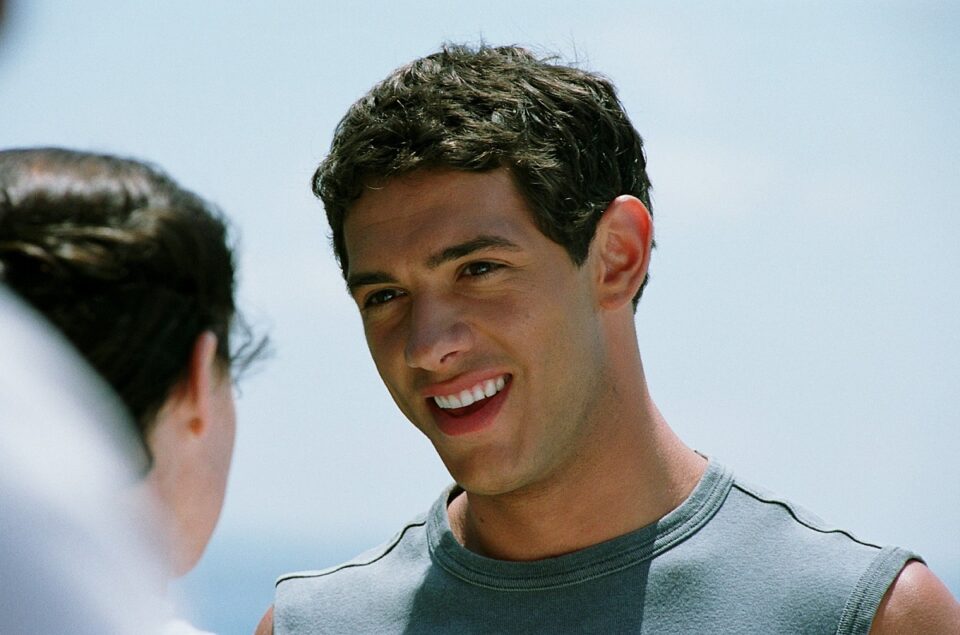 American actor Michael Rady rose to prominence after starring in the comedy-drama “The Sisterhood of the Traveling Pants”, which was also his show business premier. Thanks to the spotlight, Rady was nominated for the Teen Choice Awards such as Male Choice Movie Breakout Performance for his acting role in the film. The Philly native also appeared in the film’s sequel three years later. The American actor has found many opportunities in television since breaking into the movie industry in the mid-2000s and has appeared in over 20 TV shows, for example, he appeared in the series ‘Swingtown’ as ‘Doug Stephens’ in one of his most important roles.

Later, Michael Rady appeared in starring roles on TV shows like “Melrose Place” and “Greek”. The American actor also appeared in the drama TV show ‘The Mentalist’ and later was a main cast member in shows like “Intelligence” and “Emily Owens MD”. The Philly native played one of director Clint Eastwood’s J. Edgar too. Here is a quick look at his personal facts including some of his children and what he does in his free time.

Where Is Michael Rady Now? Read About His Career Trajectory!

The Philly native studied at Saint Joseph’s Preparatory School in Philadelphia, which has a recognized theater studies program.

The actor from Pennsylvania made his debut in the 2005 American comedy-drama ‘The Sisterhood of the Traveling Pants’ as ‘Kostas’.

Michael Rady then appeared alongside ‘Amber Tamblyn’, Alexis Bledel’, ‘America Ferrera’ and Blake Lively, all of whom played the main characters in the film.

Michael Rady’s wonderful performance in the film was highly praised by audiences as well as critics.

Michael Rady landed two nominations at the 2005 Teen Choice Awards for Male Choice Movie Breakout Performance and another nomination for Choice Movie Love Scene, which he shared with fellow actress Alexis Bledel. The next year, he starred alongside Ashton Kutcher and Kevin Costner in the film The Guardian in 2006.

Michael Rady would bring back the character of ‘Kostas’ in the sequel to the 2005 drama film ‘The Sisterhood of the Traveling Pants’ in 2008. The film was highly praised by the audience and the Pennsylvania native further established his credentials as an actor.

Michael Rady made his television premiere a year later in 2006 after accepting the role of “Jason” in “Sleeper Cell.” Later, he debuted a series of guest roles on shows starting with “CSI: NY”, “ER” and eventually Rady was offered the role of “Doug Stephens” in the CBS series “Swingtown”, which he was a part of for 13 episodes in the year 2008. That same year, Michael Rady landed a major leading role, ‘Max Tyler’, in the ABC comedy-drama series ‘Greek’ where he played the role for 14 episodes between 2008 and 2009.

Between 2009 and 2011, Michael Rady portrayed the role of ‘Jonah Miller’ on the CW television series ‘Melrose Place’, which was a reboot of the 1990s Fox series of the same title, and the Philly native was part of the series for 18 episodes.

The American actor then appeared on many television shows as a guest actor and has also had small roles in shows like ‘Castle’, ‘House of Lies’, ‘The Mentalist’, and ‘Jane the Virgin’.

Then the Philly native played one of the main characters, ‘Micah Barnes’, in the American medical drama series ‘Emily Owens MD’ in 2012-13.

In 2014, Michael Rady landed another starring role in the 2014 cyber-themed action series “Intelligence” alongside Josh Holloway and Lance Reddick, where he played one of the main roles, that of special agent “Chris Jameson”, as well as the recurring cast from seasons 1 and 2 of Jane the Virgin (2014-2016), in the guise of Lachlan Moore, Rafael’s rival and Petra’s former fiancé. He then rebounded playing one of the main characters in season 2 of Unreal in 2016. Subsequently, he played the role of Nicholas Keynes, the leader of Rittenhouse from 1918 in Timeless and he was also one of the stars of Secret Santa and the TV movie Christmas at Pemberley in 2018.

Michael Rady came into this world in Philadelphia, Pennsylvania on August 20, 1981.

Rady got engaged in the summer of 2009 to Rachael Kemery, whom he met while at St. Joseph’s University in Philadelphia, and the acting duo got married on May 22, 2010.

He has three children with actress Rachael Kemery and their first child, son Ellington, who was born on July 12, 2012, followed by the birth of their second son, in 2014 during the month of August.

The actor is vegan and loves surfing and gardening in his spare time.

Lately, we have been able to see Michael Rady again headlining in three TV movies on the American channel Hallmark Channel and he was also invited to play in the series The Resident and Instinct in 2019. In 2020, he played the singular title role, with Natalie Hall in the TV movie You’re Bacon Me Crazy.