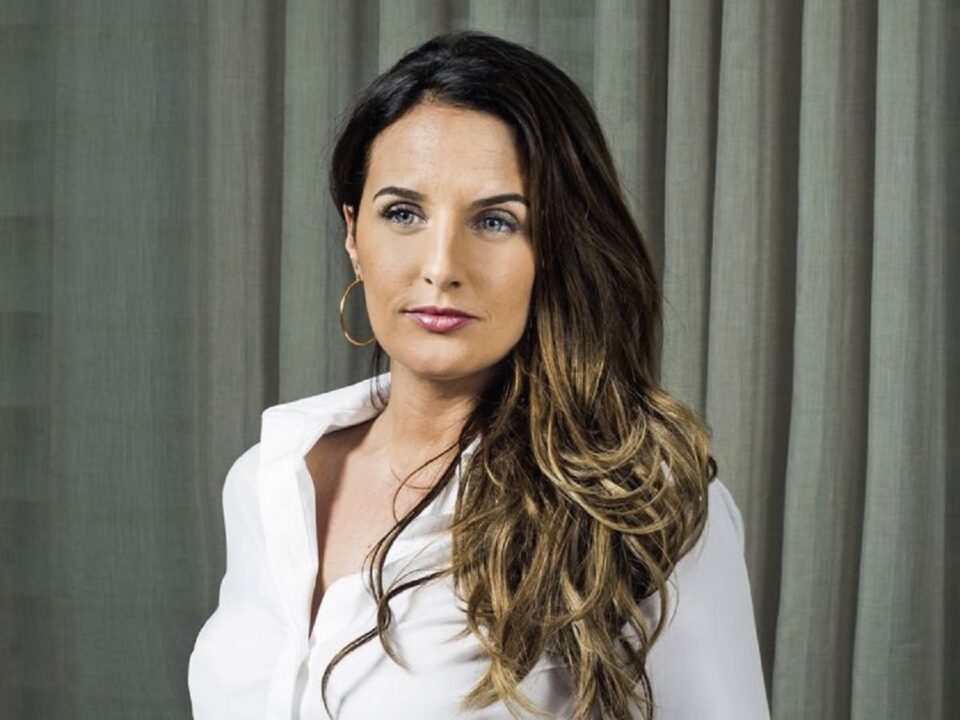 Omar Sy has risen to worldwide stardom because of the Netflix series Lupin. While his acting chops are definitely a reason for his success, his wife Helene Sy who has been his rock for many years is also a big reason behind his success. In this post, we will take a look at some interesting things about her. Let’s get started.

When was Helene Sy born?

Helene Sy was born in 1979 to a social worker mother and a father employed in real estate. She spent her youth in Lower Normandy, then in Rennes, before settling in Paris to study speech therapy.

It was in Paris, at the age of 21, when Helene Sy met the comedy duo Omar (Sy) and Fred (Testot). She began working in music, which was her passion, and began a life together with Omar Sy. Ten years later, they got married on July 5, 2007, at Tremblay-sur-Mauldre. They have five children, three girls and two boys. The couple moved to Los Angeles to raise their children away from the limelight. Helene Sy also added that she felt that her children felt much freer in America. She said that inter-cultural harmony had declined in France.

How long did Helene Sy date Omar Sy before marriage?

The couple dated for 10 years before they got married. Omar and Helene Sy have been together for 20 years in total.

“Yes yes yes” and three bright red hearts. On June 2, she relayed a Tweet from her husband celebrating the success of the demonstration of the collective Vérité pour Adama Traore by embellishing it with a comment in the form of a response to a marriage proposal. This exchange via an interposed social network illustrates the fiery commitment of these inseparable people – united for twenty-one years. From the start of their relationship, she encouraged him to mobilize in favor of Africa. In November 2019, alongside Raphaël Glucksmann, they questioned President Macron in an open letter to prevent the expulsion of Samira, a 10-year-old Ivorian.

Is Helene Sy a philanthropist?

It is “as the mother of five black children, of a Muslim dad considered as representatives of supposed” minorities “” that Helene Sy wrote her column in Les Inrockuptibles in April 2019, to support Assa Traore. Protecting her daughters and sons, aged 2 to 19, from discrimination is not enough for her.

The former student in speech therapy founded, in 2004, CeK Du Bonheur, an association working in hospitals to improve the living conditions of the youngest. “It happened to me to leave my family in the evening to go watch television with a child who was going to die”, she confided in Grazia in 2016. While sponsoring several children in Africa and an orphanage in Nianing, she works, with Ladj Ly and the Kourtrajmé collective, on the creation of a film school in Dakar, Senegal.

Is Helene Sy a talent manager?

Yes, Helene Sy also manages the relations with the artists, with whom she has a privileged contact because of the growing fame of her husband, since the international success of the film Intouchables. Passionate about community work, she is in contact with NGOs in West Africa (sending food funds to villages in Mali, Senegal and Mauritania) and sponsors a little boy in Niger.

Since 2012, she lives between Paris and Los Angeles, in particular, because of the blooming movie career of her husband, whom she supports in the promotion of his films.

What has been Helene Sy’s greatest adventure?

Helene Sy considers her family life to be her greatest adventure. She chairs the association Cle Du Bonheur, of which Leila Bekhti is the godmother, which aims to improve the living conditions of hospitalized children: the association organizes exceptional events (charity galas) and supports the renovation of buildings intended to welcome children. As president of the association, she takes care of communication and the management of volunteers.

Is Helene Sy a feminist?

To develop her projects, Helene surrounds herself with women, long-time friends most of the time, unknown or famous (Cathy Guetta, Leïla Bekhti, etc.). Whether she congratulates the actress Adele Haenel on her punchy confession at Mediapart or flies to the aid of singer Aya Nakamura after her embarrassing intervention at the Telethon 2019, Helene Sy defends a gentle, spontaneous feminism, without adopting any militant posture in the matter.

Is Helene Sy a practitioner of alternative medicine?

Helene Sy created her latest company, Siyah Organics, to raise awareness of the benefits of sub-Saharan medicinal plants. Profits will be used to support clinics, orphanages and schools in Africa. Passionate about alternative medicines and spiritual therapies, the one who made the Four Toltec Agreements, by Miguel Ruiz, her bedside book regularly publishes positive thoughts or the advice of psychiatrist Christophe André. A taste for alternative medicine which does not prevent him from launching into more exposed fights.

How did Omar Sy wish Helene Sy on her birthday?

Omar Sy and his wife have a very strong bond. The couple has stayed together for 20 years and has five beautiful children. Omar Sy has repeatedly credited his wife as a major driving force behind his success in showbiz. So, on her 42nd birthday this year, he published a post on Instagram and wished her with loving, tender words.

This is what he wrote on Instagram to wish his wife:

“My Lion Queen, My Best Friend, My Love. Today is your day. For the 24th time, I wish you a happy birthday.”

The couple’s daughter Sabah Sy wished her mother well. She said: “Happy birthday to my sweet, amazing, beautiful and absolutely adorable mom. I take inspiration from all that love you give to make people happy. I’m so proud that I can call you my mom. Thank you for all the sacrifices. that you do every day. I love you very very much my little mother. ” Helene Sy replied to the post and commented that she was proud to be her mother.

Helene Sy and Omar Sy have kept their children quite shielded from the media. The couple even moved to Los Angeles from Paris so that the children can have a normal childhood, away from the public eye.