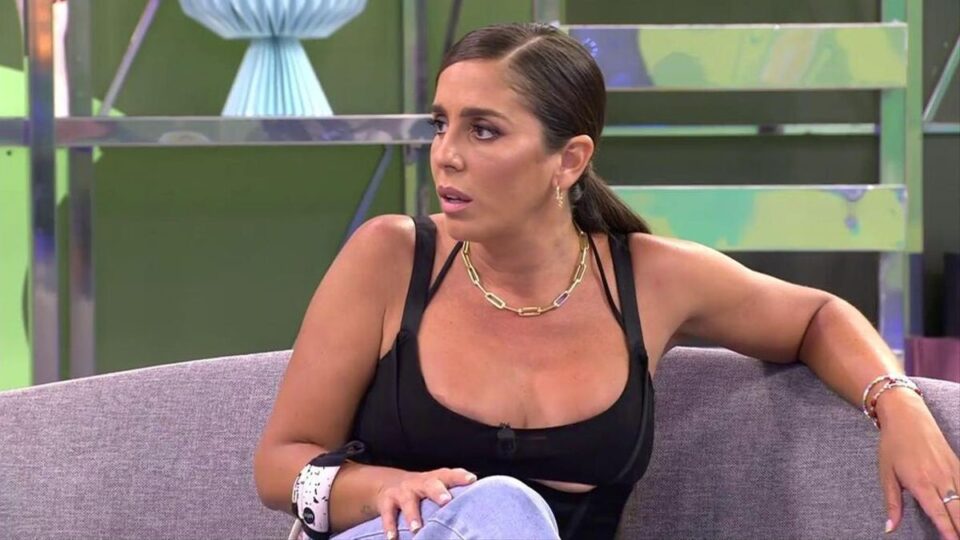 The Spanish reality star has gained fame and increasing recognition for her work on Supervivientes: Perdidos en Honduras (2006), Mujeres y hombres y viceversa (2008), and ¡Qué tiempo tan feliz! (2010). Anabel Pantoja is ofcourse the niece of the famous Isabel Pantoja and she maintains a very good relationship with her entire family, especially her cousin Kiko who helped her get her foot into reality TV.

Anabel Pantoja: 7 Ways She Grows Her Brand And Gains Fame

Anabel Pantoja was born on July 15, 1986 in Seville and is the daughter of Bernardo Pantoja. But above all, Anabel is the niece of Isabel Pantoja. Her parents separated when she was just a child and both her grandmother and her aunt Isabel have always raised her.

Anabel grew up in Cantora with her cousin Kiko, with whom she maintains a very good relationship and for whom she does not hesitate to defend him if someone criticizes her brother.

She left Seville to study in Madrid and trained as a makeup artist. Little by little, she became her aunt Isabel’s assistant until she became the most public face of the Pantoja family.

2. Her beginnings with fame:

Anabel became known in the world of television as a defender of her cousin Kiko Rivera when he participated in Survivors. Later, Ana Rosa Quintana signed her as a collaborator in the section of ‘The Ana Rosa Program’ the ‘Social Club’.

Then she collaborated as a hook in the Telecinco dating program ‘ Mujeres y Hombres y Viceversa ‘ also known as ‘Women and men and vice versa’ which ran from 2013 to 2016. Over the years, she has established herself as the spokesperson for the Pantoja family and is already a regular on the sets, collaborating from time to time in ‘ Save Me ‘, where she has been collaborating since 2016 and in 2018 she has intensified her appearances on the show, becoming a popular face.

Despite her professional success, Anabel has always had self-esteem problems and insecurities, which is why she underwent an operation to lose weight. Over the years, she has gained confidence and does not hesitate to pose proudly of her body despite the criticism she receives on Instagram.

4. She has appeared in many reality TV shows:

In 2014 she was one of the participants of ‘ Survivors ‘ although she could not bear the pressure and became the second to be expelled from the edition, after asking her colleagues to nominate her. Two years later, in 2016, Anabel participated in the musical program ‘Levántate All Stars’ or Stand up all stars with her cousin Manuel Cortés, son of Raquel Bollo and Chiquetete.

Anabel Pantoja became a full-fledged contestant on ‘Big Brother Vip 7’, a dream that she saw happening for her when she was the first to be expelled from the edition. Later in 2020, she returned to Guadaliz to participate in ‘Discount time’ but Gianmarco Onestini was the winner against Kiko Jiménez.

Also in 2020, Anabel faced two great challenges after signing for the Mediaset reality show, ‘Sola/solo’ or ‘Alone/Alone’. Eight days after starting the adventure, she made a decision to leave and gave the following statement: “Let’s say that I will never forget these eight days. It has been a very real roller coaster, ” she wrote on her social networks.

Juanlu is also known as Fleki (as Anabel affectionately calls him). The couple was happy and consolidated, although wedding plans were never mentioned. Although they seemed to work together, at the beginning of 2018 Anabel shocked her fans by announcing that they decided to end their relationship. That same year, Isabel Pantoja’s niece surprised the same fans with a new love: Omar Sánchez, with whom marriage was discussed after a most romantic proposal.

Anabel Pantoja is quite talented. In 2018, she started a business career opening a nail business and as a designer for a collection of swimsuits and the jewelry brand Lueli. In addition, she also works as an influencer on social networks with Influgency agency. Amongst some of her best roles as an influencer, her viral dancing video stands out, which was picked up by a famous international Korean singer from the group Loona, in which they tried to imitate Anabel Pantoja.

In 2021 Anabel Pantoja started a new venture with the design of accessories and also participated as the protagonist in a video clip by the Portuguese artist Nininho Vaz Maia.

In the summer of 2021, Anabel Pantoja was the protagonist of a short documentary by Sálvame, on Telecinco, titled Anabel, naked.

7. Her feuds with Dulce Delapiedra are very famous:

In January 2022, Dulce Delapiedra returned to Sálvame (Save Me) to talk about the Pantoja family. Specifically, the former nanny of Isa Pantoja has criticized the attitude of Anabel Pantoja, who did not hesitate to enter the program live and stop her speech.

For some context, Dulce Delapiedra was the nanny to Anabel Pantoja’s cousin brother Kiko since he was just one year old.

According to Dulce, Isabel Pantoja’s niece (Anabel Pantoja) had put her mother, Mercedes, through a lot of suffering because of the life she led as a teenager. At that moment, a very angry Anabel came on the phone: “I’m just going to come in to say something, I have loved this lady very much, but I am going to ask her to stop threatening me. I have made my mother suffer a lot because they are things of all adolescents “.

“Well, don’t say that I made your mother cry,” Isa Pantoja’s nanny complained and Anabel reiterated: “My mother doesn’t talk to you because of how you have behaved and because of what you have done with me, my mother has loved you and has opened the doors of my house to you. You have trampled on me and you have wanted to humiliate me”.

“I’m tired of your bloody blackmail! Heavy, you’re very heavy!” Replied Omar Sánchez’s wife Anabel Pantoja. And it was not the only adjective that she assigned since the influencer also called her “scoundrel” and accused her of speaking only about the Pantoja family.

“Even your family doesn’t love you!” Anabel said attacking again, who refused to allow Dulce to call her dramatic.

Has the collaborator of ‘Save me’ finally won?