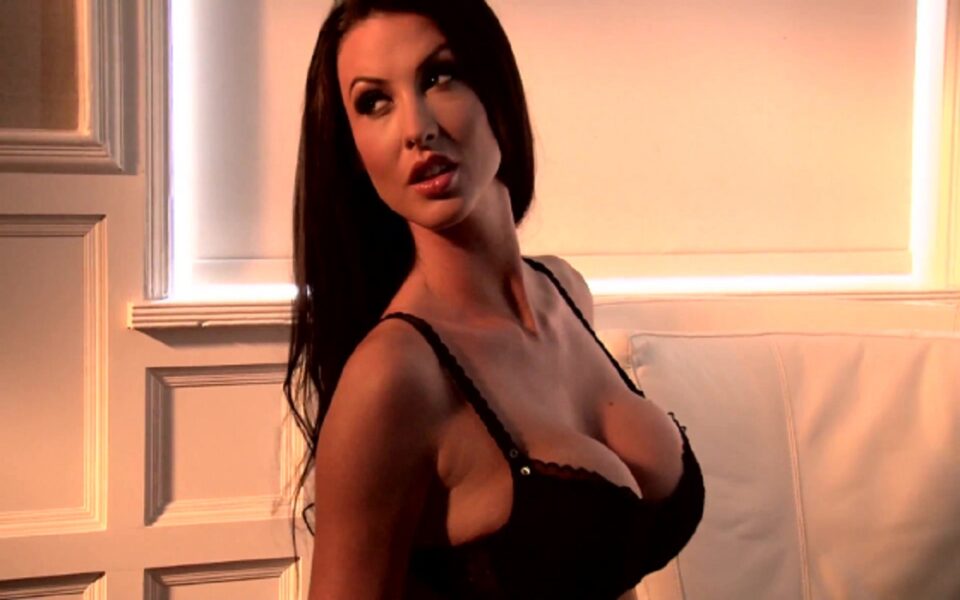 In 2010, Jermaine Lloyd Pennant left the mother of his son to be with Alice Goodwin. Alice Goodwin and the famous English footballer were married between the years 2014 and 2020 but they ultimately divorced as well. Let’s take a look at how much money Alice had access to during her relationship with Pennant.

What Was Alice Goodwin’s Net Worth When Married To Jermaine Pennant?

Who is Alice Goodwin’s ex-husband?

Alice Goodwin’s previous lover Jermaine Lloyd Pennant is an English footballer who played for Billericay Town as a winger.

Pennant played as a right midfielder most of the time and was distinguished by high speed and good dribbling.

Jermaine Pennant has not yet played for the English national team.

Pennant has scored 24 goals so far.

Why did Jermaine Pennant cheat on his wife with Alice Goodwin?

The Stoke City star left the mother of his child for a North Staffordshire glamor model whose identity was not known at the time. Then on August 10, 2011, it was revealed that the English winger dumped his 27-year-old fiancee Lara Murphy (with whom he shared a son) for Hartshill’s Alice Goodwin.

The reasoning seems to be that the footballer suffers from commitment issues and is constantly battling who to settle down with. Nonetheless, he married Alice Goodwin but they only remained together for 4 years.

So, how much was Alice Goodwin’s net worth while she was married to Jermaine Pennant?

In terms of net worth and salary, football players earn quite a sum. As Alice Goodwin’s ex-husband began his football career at the age of fifteen when he was signed by Arsenal from Notts County, he was already worth £2 million. He then played for Watford, Leeds United, and Birmingham City, before signing with Liverpool for a four-year £6.9m deal. Pennant has played for many clubs and has made impressive earnings in the past. At Liverpool, he earned close to £30,000 a week. Similarly, he earned around £80,000 a week at Real Zaragoza and £25,000 a week at Wigan Athletic.

Jermaine Pennant’s net worth in 2022 is estimated at 3 million dollars according to online sources, but because Alice Goodwin left the relationship in 2020, the divorce settlement would also be high.

She became a glamor model after being discovered by talent scouts while sunbathing on Bournemouth beach.

The 25-year-old has since appeared in the Daily Star and has also modeled for lads mags Zoo (where in 2009 she was voted the magazine’s hottest babe of the year), Nuts, and Maxim.

As well as modeling, Alice has appeared regularly on the babe channel Elite TV since April 2010.

According to online sources, we know that Alice, who has her own 2011 calendar, started seeing Pennant at the end of April. After ending his relationship with the mother of his son Lara, Pennant told his 7,000 Twitter followers in 2011 that he was “happy” with Alice. In terms of her net worth: it was believed the 5ft 8in model moved into then 28-year-old Pennant’s luxury Altrincham apartment and the couple enjoyed the footballer’s net worth of 2-3 million euros at the time of their relationship.

During their relationship, the former Arsenal and Liverpool player wrote: “We are very happy.”

Alice later told her followers the same in her own tweets: “@Jermaine_P the most perfect guy in the world…” and “Looooove my man @Jermaine_P perfect Sunday :)”

She was also supportive of Pennant, who had been engaged to Lara and joined Stoke on a permanent basis after arriving from Real Zaragoza on loan. For example, Alice said on her Facebook page: “Well done Stoke. PROUD”, after Stoke’s Europa League victory at Hajduk Split.

Journalist mum Joanne, of Hartshill, who is a former deputy editor at The Sentinel and now editor of Worcestershire Life, today confirmed the pair were dating.

The Nottingham native was born as Jermaine Lloyd Pennant was born on January 15, 1983, in The Meadows, Nottingham, England with the birth sign Capricorn. As of 2022, JP is 39 years old. Jermaine Gary’s father was a semi-pro footballer who inspired Pennant to play. He has British citizenship and belongs to the black ethnic group.

Pennant recalls that his favorite toy was a soccer ball as a child. Pennant, who grew up in a neighborhood plagued by drugs and crime, says soccer has saved him from crime. When he was 14 years old, he moved house and lived with YTS players who were around the ages of 16, 17 and 18 years old.

In 2007, Pennant began dating the glamorous model Amii Grove. According to one magazine article, she ended the relationship when she found CCTV footage of Pennant’s fraud and “took revenge by destroying £200,000 of her design equipment.”

Then, the English footballer was in a relationship with Jennifer Metcalfe (the Hollyoaks actress) in January 2009. Shortly afterward, Pennant’s father, Gary, was convicted of drug dealing and sentenced to four years in prison. In May 2010, Pennant became engaged to Lara Murphy and they had one son named Trey who was born in August 2010. Pennant’s relationship with his ex-wife Murphy ended when her son was one year old, as Pennant left her for glamor model Alicia Goodwin who he was married to up until 2020.

Fun Fact: Alice Goodwin and Pennant married in May of 2014 and even appeared on the Jeremy Kyle Show in October of 2018.

Pennant was signed by Notts County Arsenal at the age of 15 but his career looked even more promising after his move to Arsenal. At the same time, however, his only league goals were made for Arsenal. He failed to secure a regular place in an Arsenal team and went 49 games in a row without defeat. In addition to that, Arsenal manager Arsene Wenger seemed to have lost patience with Pennant, who has been late for training in the past.

He made his debut aged 16 years and 319 days against Middlesbrough in the League Cup on 30 November 1999. Jermaine Pennant became the youngest player in Arsenal’s first team, beating Gerry Ward’s long-standing record by two days.

Since then, Jermaine Pennant’s record has been surpassed by Cesc Fàbregas and Jack Wilshere. Jermaine Pennant then played for Arsenal for seven years and only completed five starts, including a hat-trick on his full league debut against Southampton in May 2003.

Jermaine Pennant spent loans at Watford and Leeds United between 2002 and 2004. In the Leeds first team, Pennant received regular first action from his team who were relegated at the end of the 2003/04 season.

Jermaine Lloyd Pennant promoted his book which was an autobiography, Mental: Bad Behavior, Ugly Truths, and the beautiful game, which was published in 2018.

In terms of his international career, Pennant was sent home by head coach David Platt during his time in the England under-21 team because he had made a curfew before an important game against Turkey. He later apologized for his actions. He too was kicked out of the race because he had beaten Niko Kranjčar in a match against the Croatian under-21 international. However, he managed to complete a total of 24 appearances for the Under-21s, making him one of the top ten English players at this level.