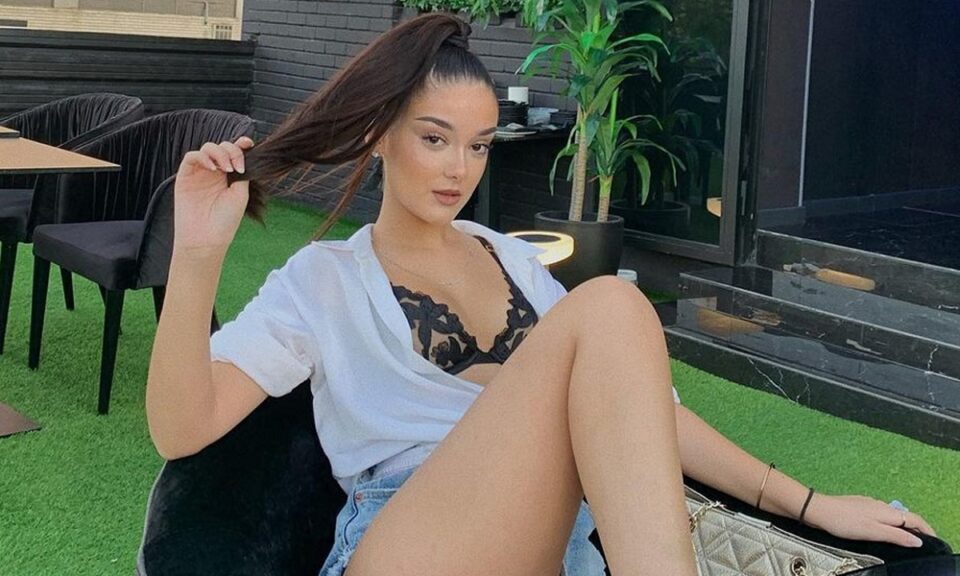 Ever since she turned 18, Julia Janeiro has been a hot topic. This is despite the fact that unlike a lot of young  modern day celebrities, Julia Janeiro doesn’t like staying in the limelight for all the wrong reasons. She is the daughter of María Jose Campanario and has shown a proclivity towards being popular on social media for the right reasons. Let’s find out more about her.

Julia Janeiro: All You Need To Know

Is Julia Janeiro on her way to becoming a social media sensation?

Are we facing the new María Pompo or Sara Carbonero? Perhaps it is too soon to say it but what is a reality is that Julia Janeiro has taken the path for it. With more than 230,000 followers on Instagram, the daughter of Jesulín de Ubrique has made her debut in promoting products. Julia Janeiro shared in her personal profile a succulent shipment of meat that a brand had sent her home: ” Thank you for this great detail. I can’t wait to try everything,” she wrote with enthusiasm and impatience. Said and done! That same day, Julia got down to business and to eat she did not hesitate to cook one of the steaks.

Has Julia Janeiro got what it takes to be a social media star?

This is a big step for her facet as an influencer since the brands are aware that they can count on her from now on. However, there are details that slow down this growth and, for the time being, Julia has decided to block comments on her posts to avoid dealing with malicious messages from haters.

Another of the decisions that would not allow her to become an influencer with all the letters is that she rarely speaks to her followers. Her posts are very static, she never interacts with them and her voice has rarely been heard. Will such a detached method prove helpful in the long run? Only time will tell.

What made 2021 special for Julia Janeiro?

If there is something for which Julia Janeiro is going to remember 2021, it is because it was the year in which she came of age. Reaching 18 years of age has meant for her that many aspects of her life are publicly known. In these months there has been everything in the life of the daughter of Jesulin de Ubrique and María Jose Campanario. Three courtships, two breakups, her first posts as ‘influencer’ or the arrival of a new little brother are just some of the events that have marked their last months. With all this revolution, Julia Janeiro has also experienced a learning process that has now been reflected in the latest gesture that both she and her boyfriend Tommy Rossi have carried out.

How does Julia Janeiro stay away from social media conflicts?

Julia Janeiro wants to spend a quiet Christmas and knows that the less controversy there is around her, the better. One way to escape conflict is by restricting some of the functions of your social networks.

So the daughter of Jesulín de Ubrique and Maria Jose Campanario has made the decision to deactivate the comments on her Instagram posts so that no one can write to her, for better or for worse.

This is a gesture that her boyfriend Tommy Rossi has also carried out, showing that he does not want to have to manage controversial comments either. In this way, the couple has shielded themselves to spend the holidays as calmly as possible. While she does have many fans, the internet is filled with people whose job is to do nothing else but write hateful comments online.

While they are both sisters and bonded by blood, they are quite different from each other in multiple aspects. Andrea Janeiro is an extremely private person and wants to keep her personal life away from the prying eyes of social media. She doesn’t have any public social media profile of herself and only has some fan accounts dedicated to her. Her younger sister Julia Janeiro is diametrically opposite. She is already an Instagram star with over a quarter of a million followers and she has already started doing promotional work as an “influencer”.