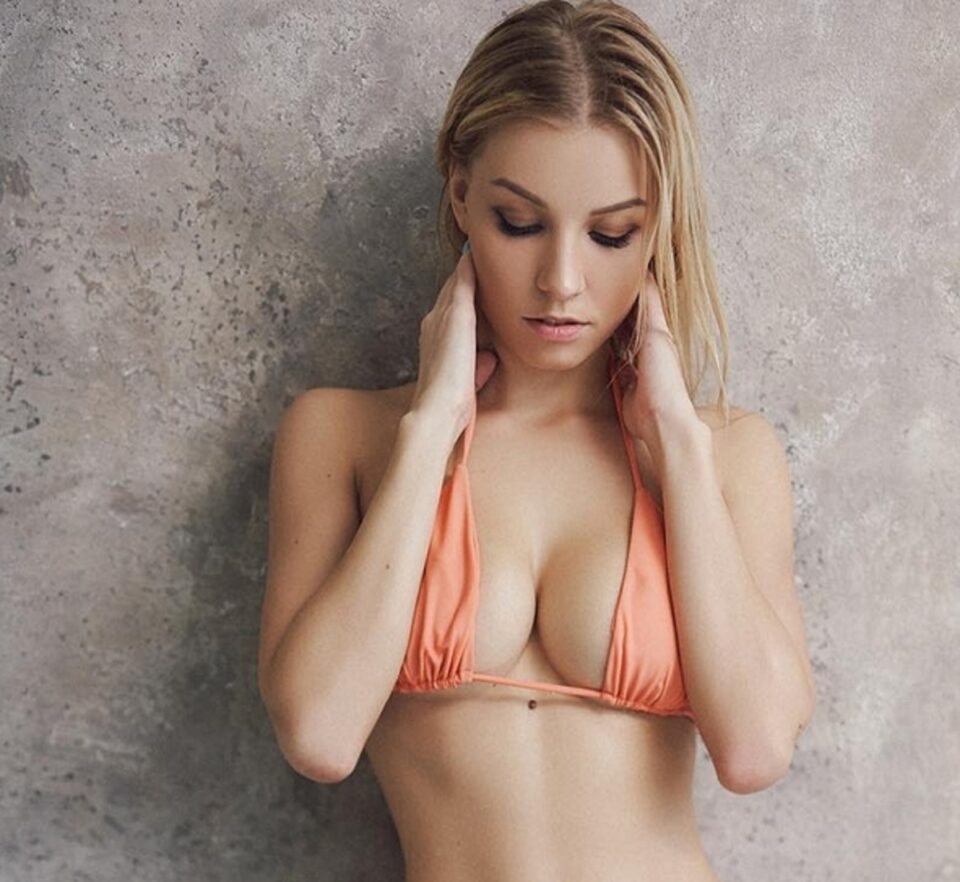 Russian model Ekaterina Novikova is also known by her stage name, Killer Katrin. After all, in the Russian language, Katrina would be like a diminutive of Ekaterina. Ekaterina Novikova is 26 years old and lives in Moscow, Russia. She says that she suffered a lot of prejudice from society because the adult modeling profession is not valued anywhere except by social media perverts Furthermore, she had a troubled family life in her childhood. However, currently, she celebrates overcoming all these adversities. In addition to being a successful model and influencer, she is also looking to help other slutty women stand out on social media.

The biggest proof of Killer Katrin’s success is her Instagram profile where she has over 2.5 million followers! Even in other media she gets excellent metrics. She has 163,000 followers on Twitter and is starting to produce content on TikTok, where she has “only” 26,000 followers, yet.

Ekaterina Novikova aka Killer Katrin’s Harley Quinn cosplay went viral when she shared photos of her beautiful figure and her charming outfits on her social networks.

She decided to turn her Harley Quinn and decided that it was time to put a little “madness” on it, just like the beautiful Harley Quinn does in the comics, only now the Russian THOT brought it to life by using an impressive cosplay (where all credit is due) that was shared on her social networks. Through her Instagram account, Ekaterina Novikova shared some photos of the quite colorful outfit that she decided to wear and it was nothing more and nothing less than one of the classics, where a white blouse and two-tone blue and red shorts stand out, in addition to giving her a flirtatious touch with fishnet stockings and makeup that looked wonderful on her in order to personify the closest thing to the Joker’s partner in many of her adventures.

As the fans advanced in the photos that Ekaterina Novikova shared, they realized that the influencer raised the intensity and heat more and more to the point that she appeared with a gift by putting aside the imagination of thot enthusiasts.

In a nutshell, she received applause and comments from her true fans as well as the characters, who thanked the model for bringing HQ to life in the best way. More than 228 thousand likes and hundreds of comments approved the photo. But as it is known for Ekaterina Novikova it is never enough and knowing her desire for everything to be wonderful days later, she gave them an even more infamous photo. Also on her Instagram account, she shared a live session where she showed what she kept from the original suit. She shared the details in some photos as only the fishnets since the shorts as well as the blouse were gone, several quite suggestive poses were the ones that filled that session, but she managed more than 324 thousand likes, an amount higher than last.

And in addition to working as a model, working mainly with lingerie and bikini brands, she also monetizes herself through profiles on OnlyFans and Patreon. On these platforms she exudes sensuality and eroticism, and the contents are restricted to subscribers over 18 years old.