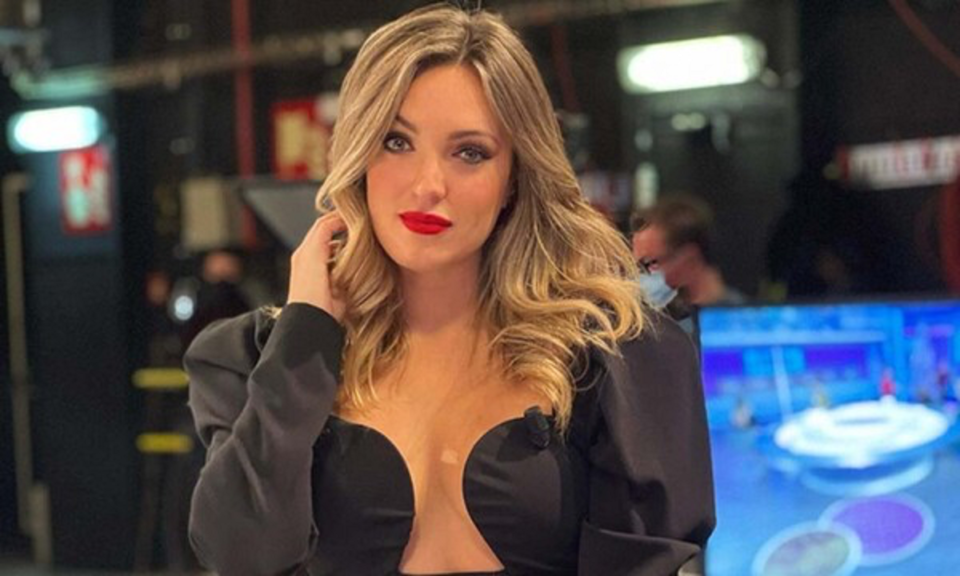 Journalist and TV presenter Marta Riesco first appeared on television 15 years ago. The journalist has become one of the most sought after people on the internet since the confirmation of her relationship with Antonio David Flores. She also gained fame for her role in ”The Ana Rosa Program”. Here are some things about her career and how everything changed almost 15 years ago for the girl who was born and raised in Madrid, Spain.

Who Is Marta Riesco? 9 Things About The Girlfriend Of Antonio David Flores

Today she is 35 years old, an author, entrepreneur, a social media star, and a famous journalist. But Marta Riesco’s life would change in 2006 when she participated in the contest ‘Allá tú’, hosted by Jesus Vazquez. She introduced herself as a Journalism and Law student and singer. She also said that she was a skater – it seems that years ago, Marta Riesco used a pink scooter to get around Madrid, a time when she wore platinum blonde hair.

Her self-confidence won over the presenter, who offered her €700 before opening the last box. She chose to risk it and lost the cash prize. The box only contained a check for 50 cents that she had to share 50/50 with the contestant who was at home.

2. From being a Miss Spain contestant to X Factor:

Months later, she posed as a true model in the Miss Spain pageant, representing Segovia. Back then, she had copper hair and bangs which was a look for most people in 2006. Marta posed with a trikini and high heels on the beach of Oropesa del Mar, where the Miss Spain pageant took place. She was disqualified in the first round. That edition was won by Elisabeth Reyes.

She came out of Oropesa del Mar (where the contest was held) without a title, but shortly after she won a band, Miss Fea’s Primera Dana, in another contest organized by the program ‘Aquí hay tomato’ or ‘Here’s a tomato’.

Basically, the program ‘Here’s a tomato’ conducted a survey among its viewers to choose ‘Miss Ugly’, with the candidates for the Miss Spain contest. And she posed, delighted, with her title. Far from getting angry, Marta Riesco showed her good sense of humor.

Then she was seen in the casting of ‘X Factor’, as a reporter for ‘El Chiringuito’ and in her debut on ‘El programa de AR’.

June 28, 2017 is a date that Marta Riesco will never forget. It was the first time she was in front of the cameras of ‘The AR program’. The journalist connected live from Belén Esteban’s house in San Blas and reported her intention to sell it. In addition, she got a neighbor on the block to show him her house.

Today the journalist, reporter, and collaborator Marta Riesco is one of the most recognizable faces of the ‘El Programa de AR’ team. Under the baton of Ana Rosa Quintana, Marta Riesco has covered countless information and reports related to the pink chronicle and current personalities. Microphone in hand, she has followed the adventures of famous people and celebrities throughout the national territory. And not only that, but she has also collaborated from the set as a discussion group in the space dedicated to social information.

Riesco has followed the path that other well-known faces on television had already followed. After a few first steps in sports, she found in the pink chronicle the work camp in which she was going to find herself the best work although her talents are various and diverse, as she has been demonstrating over the years.

4. She would wear glasses in her childhood:

In her day to day Marta wears contact lenses but until they came into her life, she wore glasses. She has had them for years and affirms that when she was little they called her “gafotas”, also that she had to wear a patch for a lazy eye. But today, she is delighted and looks gorgeous with or without glasses.

Marta Riesco has worked as a model and she even ran as a candidate to represent Eurovision as the leader of a musical group.

There were not a few programs that highlighted one of the first times that Riesco appeared before viewers. It was in the extinct ‘Here there is tomato’ with Jorge Javier Vázquez and Carmen Alcayde and neither more nor less than the first lady band of Miss Fea seems to pick up, the controversial contest that the space organized year after year on the occasion of Miss Spain. Very sure of herself and making it clear that the cameras were going to be her profession, Riesco stood out and even dared to sing live.

As of January 2022, she has 106k followers on Instagram. Loyal to her followers on social networks, the reporter continues to share her day to day. Marta Riesco works hard on her outfits and loves posing with them. Hours after confirming her relationship with Antonio David, she uploaded a photo in which she is in the writing of ‘The AR program’ and it seems that she did it with a clear intention. “It has cost me a lot to become a reporter and be where I wanted to be. I am not afraid of anything,” she said after declaring that she was “in love” with Rocío Flores’ father.

7. The Marta Riesco controversy, how it began:

A bombshell report with photos showed that the reporter of Ana Rosa (Marta Riesco) and the father of Rocío Flores (Antonio David) had been living together. An explosive romance that had been on everyone’s lips for a long time was denied but the photos in a nightclub in which both appeared, make the rumors grow and grow.

In October 2021, after the separation of Antonio David Flores and his then-wife Olga Moreno, Marta Riesco, 34, broke her silence through a statement but where she did not deny the relationship.

According to the program presented by María Patiño, both would have maintained a relationship behind the back of Olga Moreno who felt humiliated by her husband’s attitude.

According to Antonio Rossi: “They are not going to deny the evidence. Both are together and he visits her house frequently and stays there for some time. They do not deny the evidence and that she is a single woman and he is a separate (divorced) gentleman, but he has not delved deeper into the story for me. They will be the ones who have to tell their side of the story “.

8. The love affair with Antonio David:

The separation of Olga Moreno and Antonio David Flores became one of the most commented topics of the end of the year 2021.

Marta Riesco’s life changed from being known as a reporter to being a character on the front lines of the media with the news of Antonio David’s divorce. The separation of Antonio David Flores and his former wife Olga Moreno ended up coloring the reporter as a villain.

The month of January has been the confirmation of the relationship between the former civil guard and the journalist Martha Riesco. Without any proof or confirmation from anyone, the journalist was in the eye of the hurricane just a year after her complicit images in a nightclub in September 2020.

9. Marta Riesco defends her love and her career:

Despite the fact that the journalist, in her appearance on The Ana Rosa program, asked that her personal life be left aside, it seems that she is commenting on certain aspects as she goes to the set before Joaquín Prat and Rocío Flores to give her version of the new romance she is starting with Antonio David.

“I know it’s complicated if you’re starting a relationship with Antonio David Flores, I know who Antonio David is, I know it’s going to be very complicated , but I ask you to please let me try,” Marta Riesco details about her new love. On the other hand, she clarifies: “I do not want to go to a reality show, I do not want to give an interview about my private life and I have never marketed anything that has to do with my private life.”

The reporter began her interview in January 2022 by referring to the daughter of a new couple: “I want to say that I respect the pain of all parties, I have nothing to do with it and, of course, I respect Rocío whom I respect and love, but I don’t feel responsible .”

Marta Riesco, regarding her public intervention as the protagonist of the heart, says: “I don’t want to be a character, it has cost me a lot to be a journalist, a reporter and to be in the program that I want to be in.”

Being honest about her relationship with Antonio David, the journalist explains that “the heart does not rule, if I had thought about the consequences or let myself be carried away by something other than the heart, I would not have come this far.” In addition, she adds: “I don’t want to be afraid of absolutely nothing, these are things that happen, I assume them, I say them and time will tell who is wrong and who is not.”