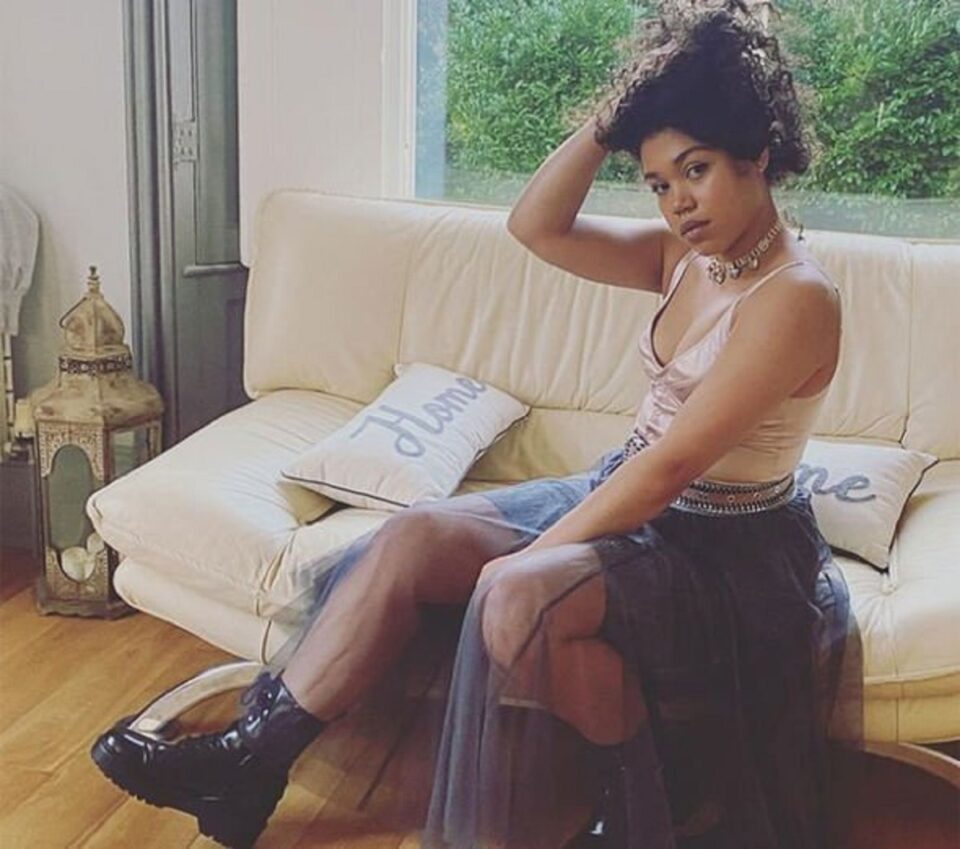 Without a doubt, “Bridgerton” was one of the biggest shows of 2020.The show was watched by over 63 million WW households in its first month and the show redefined period drama for a new generation and, in turn, introduced us to a whole new host of rising stars. Ruby Barker is one such star who in the show’s first series starred as Marina Thompson in Bridgerton.

She also recently won Best Actress at the British Urban Film Festival for her performance in How to Stop a Recurring Dream. With Bridgerton’s second series released, Ruby Barker’s name has been trending, but did you know these interesting facts about her life?

Ruby Barker: Did You Know These Rare Facts?

She is working with Müllerlight as the voice of their new campaign:

Ruby Barker’s partnership came about after she  auditioned for them to do the voiceover for their new commercial campaign. They were actually looking for someone older, but the Bridgerton actress was presented as a dark horse because she wasn’t in the age range they were looking for.

Here’s how she got the role of Marina Thompson:

Ruby Barker had been acting since she was 19 and didn’t go to drama school.

Instead, the actress just worked her way up, starting in community theater and then doing children’s television from there and making small appearances in television series.

After that, she was able to do her first independent film, then audition for “Bridgerton”, so everything happened quite naturally.

Ruby Barker knew Bridgerton would blow up with one look at her script:

Bridgerton ended up being a massive series and Ruby Barke knew it was something amazing when she joined the cast according to her statement:

“The minute I finished reading the script of the first episode, I knew it was different. I knew it was going to be awesome, and I knew people were going to really enjoy it. So I sort of anticipated its success. What I didn’t anticipate was that over 87 million households would sit down and watch. I had no idea how successful it would be, but I had great faith in the powers that be that this show was going to do.

Is this why she connected with her character, Marina?  The actress confirmed that by saying:  “I definitely have a fire in my stomach like her. I don’t think I’m going to set anyone up, but yeah, I identify with her a lot. I remember when I was a teenager I sometimes felt alienated and felt like I didn’t fit in and was an outsider, so I can really relate to that experience I guess”.

In 2021, Ruby Barker joined the horror thriller ‘Baghead’ which will be filmed in Berlin, Germany according to Deadline. Barker acted alongside “Witcher” star Freya Allan who has also signed on to star in the film.

The movie revolves around a mysterious character called Baghead, a small, wrinkled person who is able to manifest the dead and bring them back to our world for short intervals. People are looking for a mysterious way to reconnect with their lost loved ones. Once in contact with Baghead, however, the main character’s true powers and intentions are revealed and there is a high price to pay for his contact with the deceased.

Barker will play a key role in the film – a young woman who must confront the traitorous Baghead and end his manic evil at all costs.

Bridgerton actress Ruby Barker, born December 23, 1996 in Islington near London, is an actress with dual nationality, British and Scottish.

Ruby is not her birth name but she keeps the secret and only a few relatives and her sister know the real one. She would like one day to write to her biological parents who put her up for adoption to let them know more facts about her ancestry and ethnicity.

Adopted at birth by a couple who lived in Glasgow, Scotland at the same time as her older sister, Harriet, Ruby Barker grew up first in Scotland where she took lessons at the Elizabeth Murray dance school, then the family moved to London.

Very motivated by her adoptive mother who gave up being a beautician to become a lawyer and by her father Alex, the child actress makes her first appearance in an advertisement for a bank.

After her parents separated, her mother married again and had another daughter, they then lived in Yorkshire where Ruby studied drama and theater at Tadcaster Grammar School.

She studied International Relations at the London School of Economics for a year, then worked at the National Railway Museum in York while starting to perform in local theaters.

At 11, she made her first appearance on television in an advertisement, then she began a career as a model very early.

In 2015, while performing at the National Center for Early Music, the director of the Royal Shakespeare Company noticed her and offered her a role in his 2016 production.

The following year, she already had a recurring role in the series: Wolfblood and in 2020, she performed her first role for the big screen in the film: How to Stop a Recurring Dream for which she received a Best Actress Award.

The same year, she landed the role of Marina Thompson in the series: The Bridgerton Chronicle and she was already part of the cast of a film in pre-production: Baghead.