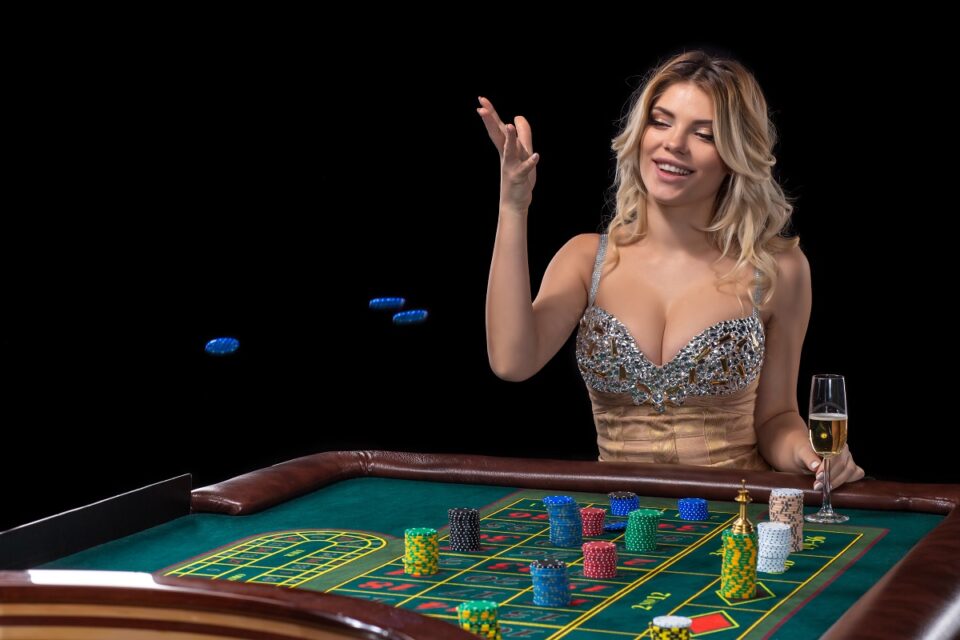 Whenever we talk about addictions, drugs and alcohol are the ones that come first to our minds. Though, gambling is one severe addiction that has made many celebrities bankrupt in the past few decades. There are people who gamble without getting addicted to it but many film stars who do not gamble safely and responsibly often get addicted to it. Check out some of the names below.

A famous Hollywood star and a pro actor Brad Pitt’s gambling addiction started when he was shooting for the movie Ocean’s 11. He learnt a lot of game moves during the film shot and started betting eventually on blackjack and slot machines and poker games. He felt excited while playing them and thus, continues to play to date. Brad Pitt admitted that he never gambled until his role in the movie.

Like Brad Pitt, Sheen’s gambling story is not exciting. The actor had already been struggling with drug addictions and over time, became an obsessive bettor. One of his favourite games is poker. Apart from the card game, Sheen loves to bet on various sports. He had spent a huge amount on sports events and lost around 1 million dollars consequently.

An American actor who starred in big banner movies like Batman Vs Superman, He’s Just Not That into You, Suicide Squad, Justice League, etc. get inclined to gamble. Although he has a net worth of around $130 million, he got addicted to gambling and became a passionate casino game player, more specifically poker. He spent significant time in casinos while being heavily drunk. Sometimes, he won big, including an $800,00 blackjack win, but has reported severe losses as well like $400,000 in poker. When Ben Affleck decided to give up his addiction, he checked a rehab. His drinking influence encouraged him to make extreme wagers but he took a great step to overcome his addiction. Ben Affleck is said to have recovered from his gambling addiction and does not gamble in an irresponsible manner anymore.

The former Spider-Man and a great actor, Tobey Maguire also suffered from gambling issues and perhaps, this could be the reason he was dropped out of the radar and blacklisted by Hollywood. Maguire had a poker addiction so badly that he was sued for being involved in an illegal poker ring. He succeeded in the world series of poker and was labelled a good player. He has once won around $10 million from poker but illegally, he has won a lot more. He never keeps silent about his gambling or game actions but his fans are worried, especially when Maguire’s name is dragged into illegal gambling rings.

A stand-up comedian and American actor, Brad Garrett is famous for his role as Robert Barone in the CBS series “Everybody Loves Raymond.” The actor had won Celebrity Poker showdown’s 5th season as well before participating in the World Series of Poker in 2005, 2006, and 2007. Overall, Garrett is one of the biggest actors in the world apart from being an excellent poker player.

George Clooney’s love for gambling was so much that he decided to open a summerhouse in Las Vegas in 2005. However, the plan did not work out. The actor’s passion for gambling is so great that he himself visits the pavilion to place bets. Clooney as an Ocean’s 11, 12 and 13 movie actor, had worked alongside Bratt Pitt but is more famous for his casino gambling career. The main reason behind his love for casino games is his movie called Molly’s Game which was a great hit.

Matt Damon is a good friend of Ben Affleck and together, they like to visit Vegas pavilions. Damon seems to be more passionate than Affleck and often wins at the table. When together, they often place high bets and suffer huge losses. But when Damon plays alone, he usually places reasonable bets and has more control over his gameplay. Although both of the film stars love poker the most, there are many sorts of games they bet upon.

Leonardo DiCaprio is one name which had shocked the world the most. Although he has never played irresponsibly like many other film stars, there are a few stories that revolve around his gambling addiction. Once it was humoured that DiCaprio owes singer Ronan hundreds of dollars which he had lent to the actor for poker. Ronan claimed that DiCaprio won the tournament but never paid him back. Some say that DiCaprio is not a gambling addict and plays only with friends occasionally.

Willis is on our list because he really earned money playing baccarat in Atlantic City. Bruce Willis is a well-known caller at summerhouse gaming venues all throughout the world. We can only conclude that, with a bank account worth more than $180 million, he can get by in this life. According to recent reports, Willis once lost more than $100,000 at a craps table but then won $500,000 on a baccarat game.

Karas is a Greek-American actor famous for the band known as ‘The Run’. He won around 40 million dollars in the Las Vegas pavilion in three years. He made 40 million with 50 dollars before losing most of it in three weeks. After the incident, his addiction took him forward and he had to face multiple charges for running summerhouse swindles. He was taken into custody for illegal laws in 2013.

Gladys Knight is another celebrity who is addicted to gambling. She lost around 40k dollars in a night while playing backgammon in the late 1980s. To end her gambling dependency, she had to take help from an anonymous bettor. In fact, Knight is known as a notorious female gamer and could not get rid of her gambling addiction.

American actor Ashton Kutcher is well known for his performances in That 70’s Show, No Strings Attached, and many other films. He is also a patron and an entrepreneur. In addition to this, he also enjoys betting on sports, and he does it with the intention of becoming a corporatist. Perhaps this is the reason why his net worth exceeds $150 million. Before placing bets, Ashton Kutcher always has a plan in place and keeps up with coming games. He finds excitement and success in laying due to the mathematics involved. Whether he is a strategic bettor or a skilled investor, he has already turned 25 million dollars into 200 million dollars.

Ray Romano is an actor famous for his TV series “Everyone Loves Raymond”. Romano is a former member of gamblers anonymous which is a 12-step program for gambling-addicted people. It is good to see that the actor felt about his gambling addiction and is doing a positive thing about it. He was happy to admit in rehab that his addiction was not worthy and he could not control his gambling habits anymore.