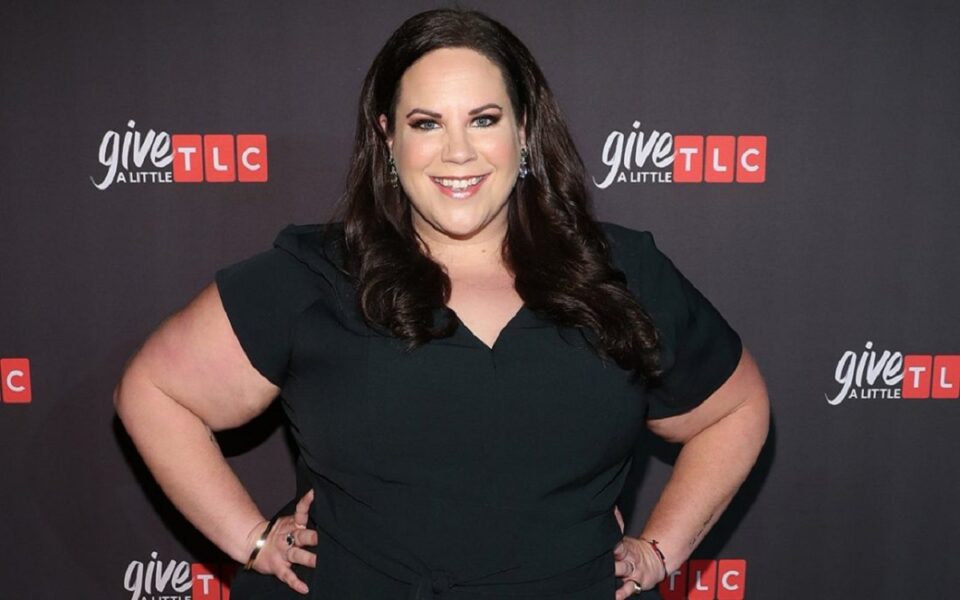 Whitney Way Thore has been changing the face of reality TV for plus-size women setting a true example of self-acceptance. Here are some personal details about the TV personality who recently lost her mother and has a Frenchman to love!

1. How much does Whitney Way Thore weigh?

After several successive weight gains Whitney decides to send prejudices flying and films herself during the MBFFL Season 7 premiere (which aired in January 2020). During the interaction with ex-fiancé Chase Severino, Chase kept guessing until Whitney confirmed one of the guesses which was that she weighed 330 pounds. So that was 2 years ago, but since then Whitney hasn’t offered public updates on what number the scale reads as of 2022.

After performing a choreography posted on the net, her video “A fat girl dancing” is viewed nearly 3 million times.

A look back at the fabulous story of a formerly complex dancer would take us back to February 27, 2014, when Whitney Thore danced on 107.5 KZL’s YouTube channel, which is where she worked as an on-air producer of the Greensboro, North Carolina radio show.

Prior to this, she was in South Korea.

The revenge of a round Coming back from South Korea where she lost more than forty kilos following a drastic diet and daily sports training, Whitney Thore decides to resume dancing and gets hired as a Zumba teacher. Like the rounds that get loose during a fat flash mob in the United States, Whitney meets Jared Pike who challenges her: to film herself dancing to pulsating music and post it on the Youtube website. The young woman is enthusiastic about the project and goes so far as to call her video “A fat girl dancing”. It’s the immediate buzz, Whitney continues the videos: A blog like no other: “No Body Shame Campaign”.

After the success of her video, Whitney Thorr was invited to several TV shows and is the subject of numerous articles and reports. The dancer surfs the wave and creates the No Body Shame Campaign website. The success was immediate and several thousand men and women took part in the movement by taking pictures of themselves and leaving aside their complexes regarding their bodies.

Since 2015, Whitney Way Thore has starred in her popular reality series, “My Big Fat Fabulous Life,” and over the course of nine seasons, the show has followed the reality star through pivotal moments in her life.

On August 9th 2022, “My Big Fat Fabulous Life” returned to television screens for its tenth season.

​​Questions about her physical appearance have been bothering her since childhood and it must be said that at this age, Whitney quickly arrives at a radical observation: appearance before skills. However, at 12, Whitney Thore weighs 58 kilos and is slowly sinking into the infernal whirlwind of weight gain.

When she reached her twenties, a doctor diagnosed her with Stein-Levanthal syndrome. This was a serious illness that causes hormonal disorders and uncontrollable weight gain. During this time, Whitney Way Thore was teaching English to students in South Korea.

When it comes to her romantic life, to say Whitney Thore has been through the wringer would be an understatement. Since 2015, My Biggest Fabulous Life fans have watched the TLC star through the ups and downs of his various relationships. From being cheated on by Avi, to having her heart ripped out when her fiancé Chase Severino cheated on and got her ex pregnant, to flying to France to meet ‘The Frenchman,’ her long-distance crush it’s been a rollercoaster, especially considering the Frenchman who wanted an open-relationship.

Whitney was preparing to fly out and meet her French tutor/crush for the first time in person at the end of season 9.

She went on to post photos of her whirlwind visit with The Frenchman. In addition, she offered an update on her relationship status in February 2022 while debunking some common misconceptions. ‘The assumption that I did not return to France is incorrect! You can see some updates if you scroll down: I had an amazing time and am happily in a relationship,’ she wrote in an Instagram post.

Whitney Thore has since confirmed as of October 2022 that their relationship will remain open to multiple partners following a “don’t ask, don’t tell” policy.

No, as far as has been publicly shared or otherwise reported, Whitney is not married. She attended a wedding. recently because her friend and her No BS Active partner Jessica Powell got married in April 2022.

To celebrate the occasion, Whitney posted a video of her and Lennie dancing together. Another reason fans might suspect that she tactfully said ‘Yes, I do’? In June 2022, Whitney posted a photo of herself holding a newborn baby.

One MBFFL fan commented: ‘Could it be yours if the surrogacy went well???? I guess we have to watch the new season to find out???!!!!

Another theory about Whit’s love life is that the reality star may have (with Lennie) rekindled a relationship. In an exclusive season 10 sneak peek via People, fans learned that Whitney hired Lennie to help film exercise videos for her business. ‘Some people may think that holding on to an ex is a slippery slope. I may fall on my ass, but I won’t fall for Lennie,’ she declared in the clip.

Except, when Lennie caught the eye of another woman during a trip to St. Lucia, it became clear that Whitney was struggling with *feelings*.

“Lennie can do whatever he wants, I’m not jealous,” Whitney said after Lennie agreed to dance with the other woman instead of dancing with her.

To that, Whit’s friend Tal Fish cheekily retorted, “Whitney, tell me more about how you’re not jealous.”

One of the most popular aspects of the show is the relationship between Whitney and her mother, Barbara Thore, whom she affectionately calls Babs. Sharing the devastating news that her mother passed away peacefully was tough for the My Fat Fabulous Life star.

Throughout the series, the reality star and her mom have delivered unforgettable moments that have effortlessly showcased their close relationship, including hilarious shopping trips and heartwarming advice sessions. Whitney’s love for her mother has also been seen in numerous tributes on her social media accounts. “How lucky am I to have this woman as my mother and to be able to share her with the world?” she commented through a recent Instagram birthday post for Babs. “She is my greatest treasure and my best friend.”

Whitney shared that her mother died at home surrounded by Whitney, her father Glenn, and her brother Hunter. She was 76 years old. “Rest in peace, sweet mama. June 22, 1946, to December 7, 2022,” Whitney captioned a video featuring photos of Barbara. “My mother passed away last night just as the credits for her favorite movie were rolling. Hunter, Dad, and I held her as she took her final breath. It was 10:32 p.m., exactly the time almost forty years ago when she gave birth to me.

Most crucially, the disease causes strokes and in the past five years, Whitney said her mother had three strokes, two of which were in the past year.

In 2017, the beloved reality star suffered a stroke and seizures, which Whitney confirmed via her TLC blog of hers. “This is hands down the most traumatic thing my family has ever experienced,” she wrote. Fortunately for the Thore family, Babs made a quick recovery at that time. “She’s doing really well,” Whitney told Life & Style in 2018. As the year 2022 came to an end, so did Whit’s mother’s life.

“My mother is the greatest gift to our family,” Whitney penned, “We could never love, appreciate, or revere another person more.

If you’re reading this, you know her magic: her southern charm, her hilarious sense of humor, her well-timed witty remarks, her beauty, and her ability to make everyone around her feel comfortable and supported”.